It is only early October, but it has started snowing in many places in northern and western India. The peaks of Manali, Kedarnath, Lahaul-Spiti and other districts are covered in snow. Looked. 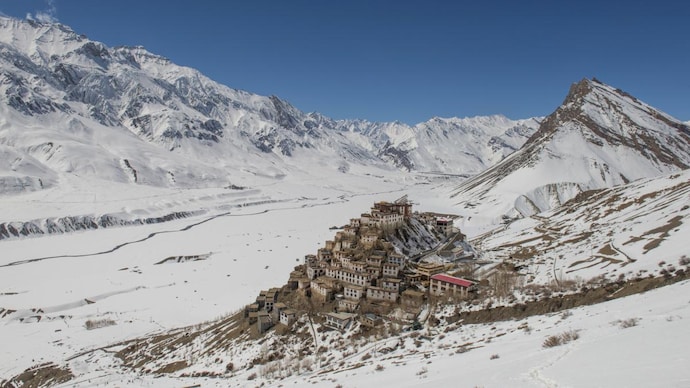 By Shruti Niraj: While parts of Delhi, Uttar Pradesh and other cities are experiencing heavy rainfall, several areas of the Himalayan region are already covered in snow.

For North and West Indians, winter usually begins in November, but due to weather changes and incessant rainfall, temperatures in many hill stations have dropped significantly and some are covered in snow. Manali, which is considered the ultimate destination for a snowy getaway, witnessed snowfall on Tuesday. Fresh snowfall was seen at Rohtang pass in Kullu district of Himachal Pradesh on Tuesday.

However, DSP Manali advised tourists to avoid visiting Rohtang Pass for the time being.

Heavy snowfall hit several parts of Himachal Pradesh including the Lahaul-Spiti valley on Tuesday, leading to a drop in temperature.

Residents of Losar and Chichim villages woke up to an early morning snowfall.

Homes were covered in white snow and visibility in the area was poor.

The gates of famous Gurudwara Shri Hemkund Sahib have been closed due to heavy snowfall in Chamoli district of Uttrakhand.

However, this did not lower the spirits of devotees as they were seen reaching the temple amid falling snow.

Meanwhile, the district of Chamoli has been receiving incessant rains for the past few days.

Due to continuous snowfall, traffic was closed in parts of Dharchula town. The Indian Meteorological Department (IMD) forecast light to moderate snowfall on the hills near Kashmir and Ladakh.

Meanwhile, light snowfall was recorded at Peer Ki Gali on Mughal Road in Shopian last week. Fresh snowfall in the upper parts of Peerpanchal has lowered temperatures across the valley.

The temple was surrounded by snow-capped mountains, providing a serene view.

Worshipers were seen in their sweaters and jackets due to the drop in temperature.

Amid continuous snowfall, avalanches hit the peak of Mount Draupadi ka Danda 2 in Uttarakhand on October 4. The search operation was also hampered due to heavy snowfall.

The death toll rose to 26, while the Indian Air Force (IAF) helicopter recovered the bodies of seven mountaineers on Saturday.