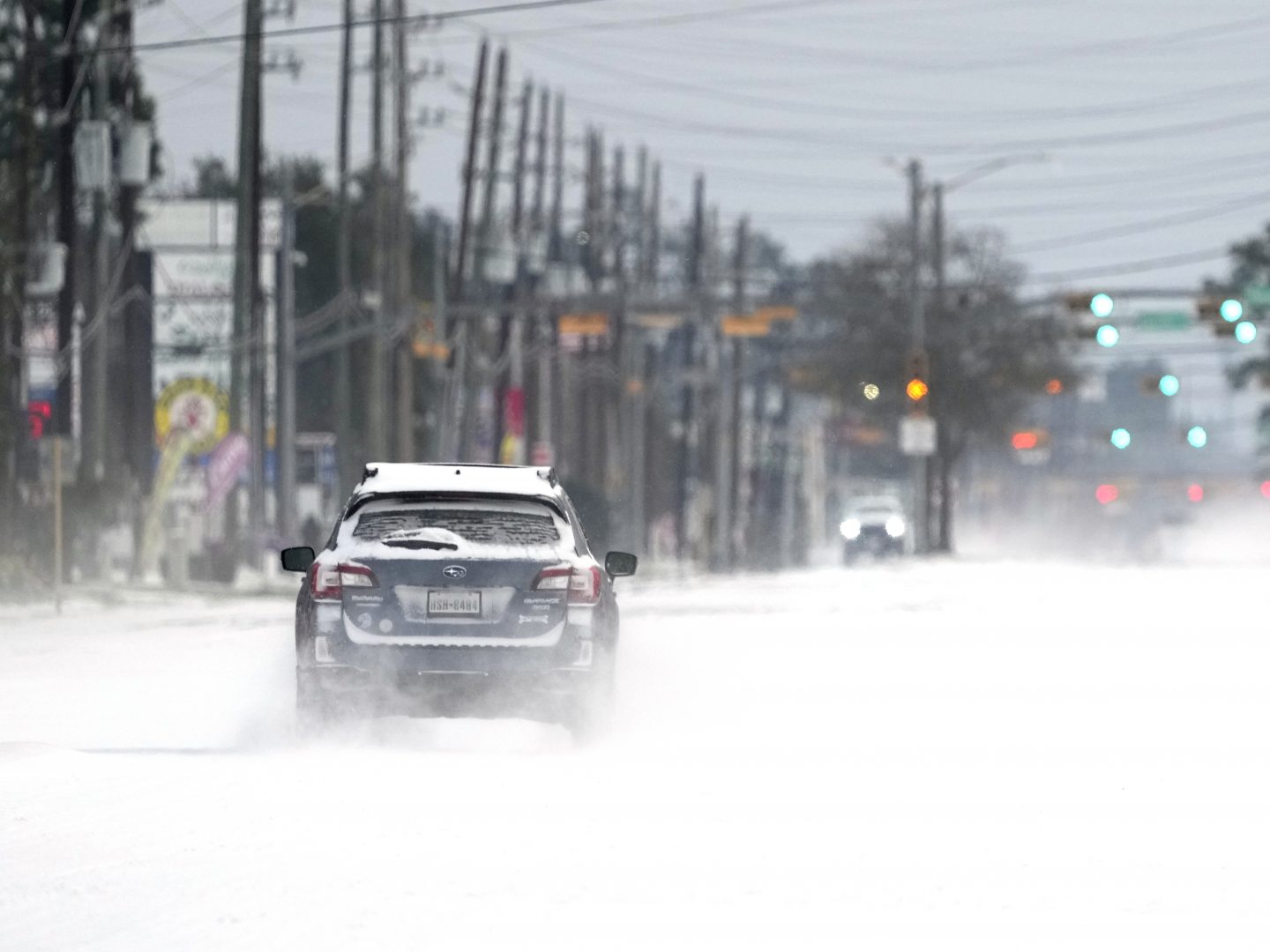 Vehicles drive on roads covered in snow and sleet Monday, Feb. 15, 2021, in Spring, Texas. A winter storm dropping snow and ice has plunged temperatures across the southern plains, causing a power emergency in Texas a day after conditions canceled flights and affected traffic across large swaths of the United States.

A new report shows that extreme weather has been responsible for most power outages across the country over the past two decades.

There is overwhelming scientific evidence that human activity is warming the Earth at an unprecedented rate. It is already responsible for extreme weather, rising sea levels and more severe droughts around the world. Pennsylvania is on track for more intense heat waves and stronger storms in the coming years, according to the Department of Environmental Protection.

Scientists emphasize that prompt action is crucial to avoid the worst effects. Pennsylvania’s newest climate action plan calls for an 80% reduction in greenhouse gas emissions by 2050, compared to 2005 levels.

To do that, the nation’s fourth-largest carbon emitter will have to make some tough choices: Pennsylvania must find a way to reduce emissions while planning for the future of people and communities that rely on the fossil fuel industry.

Join the discussion on climate and Pa. at Climate Solutions.

As climate change increases the risk of severe storms, outages could become more frequent if utilities do not act to bolster the power grid.

The Climate Central report found that 83% of reported outages between 2000 and 2021 occurred due to weather events.

The group reviewed more than 1,500 major outages reported to the federal government. A major outage affects at least 50,000 customers.

Pennsylvania ranked fifth in the nation for weather-related outages, with 82 over the past 22 years.

Extreme weather conditions such as high winds, rain and thunderstorms caused nearly 6 out of 10 weather-related outages.

“We’re also putting more humidity into the atmosphere, which can also serve to enhance or ‘trigger’ thunderstorm activity,” Casey said.

The report found that winter weather, such as blizzards and ice storms, caused 22% of outages, while 15% were due to tropical storms and hurricanes. Extreme heat and wildfires accounted for about 5% of outages.

The analysis shows an increase in weather-related power outages over time, with more outages from 2011 to 2021 than in the previous decade.

Casey said the report underscores the need for people to prepare for outages with an emergency kit, and for utilities to bolster the power grid to withstand extreme weather conditions.

Nils Hagen-Frederiksen, spokesman for the Pennsylvania Public Utility Commission, said the PUC closely monitors outages and reliability issues to identify areas of concern for individual utilities and trends across the board. of State. He said the information is also used to guide each utility’s long-term infrastructure improvement plan.

Hagen-Frederiksen noted that trees are a big concern for utilities, especially those that grow outside of utility rights-of-way but are still close enough to power lines that downed branches can disrupt the electricity. He said the PUC was working with utilities to encourage greater collaboration between business and private landlords.

The PUC’s 2020 Electric Reliability Report noted that only 4 of the state’s 11 electric utilities met the standard metric in all performance categories over a 3-year rolling average.

The federal Infrastructure Investment and Jobs Act passed last year allocates more than $10 billion over five years for measures to help prevent outages and increase the resilience of the nation’s power system.