The idyllic mountain town of Burke may only now be establishing itself globally as a premier mountain bike racing venue, but when it comes to ski racing , she is absolutely front and center.

The Burke Mountain Academy (BMA) is the world’s premier ski racing hothouse and produces champion after champion. This list includes nearly 40 Olympians, including 2014 and 2018 Olympic gold medalist Mikaela Shiffrin. It also produced about 120 members of the US Ski Team.

Not surprisingly, its coaches are revered athletes in their own right. For four years, Rocky Mountain’s Peter Ostroski was one of them. Now 33, Pete, originally from New Hampshire, worked at the BMA between 2017 and 2020 before returning to Alaska – where he began his coaching career – to winter work as a tour guide. heliskiing.

For Enduro World Series and World Cup XC fans, Pete Ostroski is a household name. He raced his first EWS in 2013 at Winter Park in Colorado, competing in the XC World Cup in the same season.

We meet the day before the EWS Burke Pro Stage outside the beautiful BMA, its red and white campus buildings are typical of this northeast corner of Vermont. Closed for the summer, it’s a pretty but unassuming location for the nerve center of American ski racing. 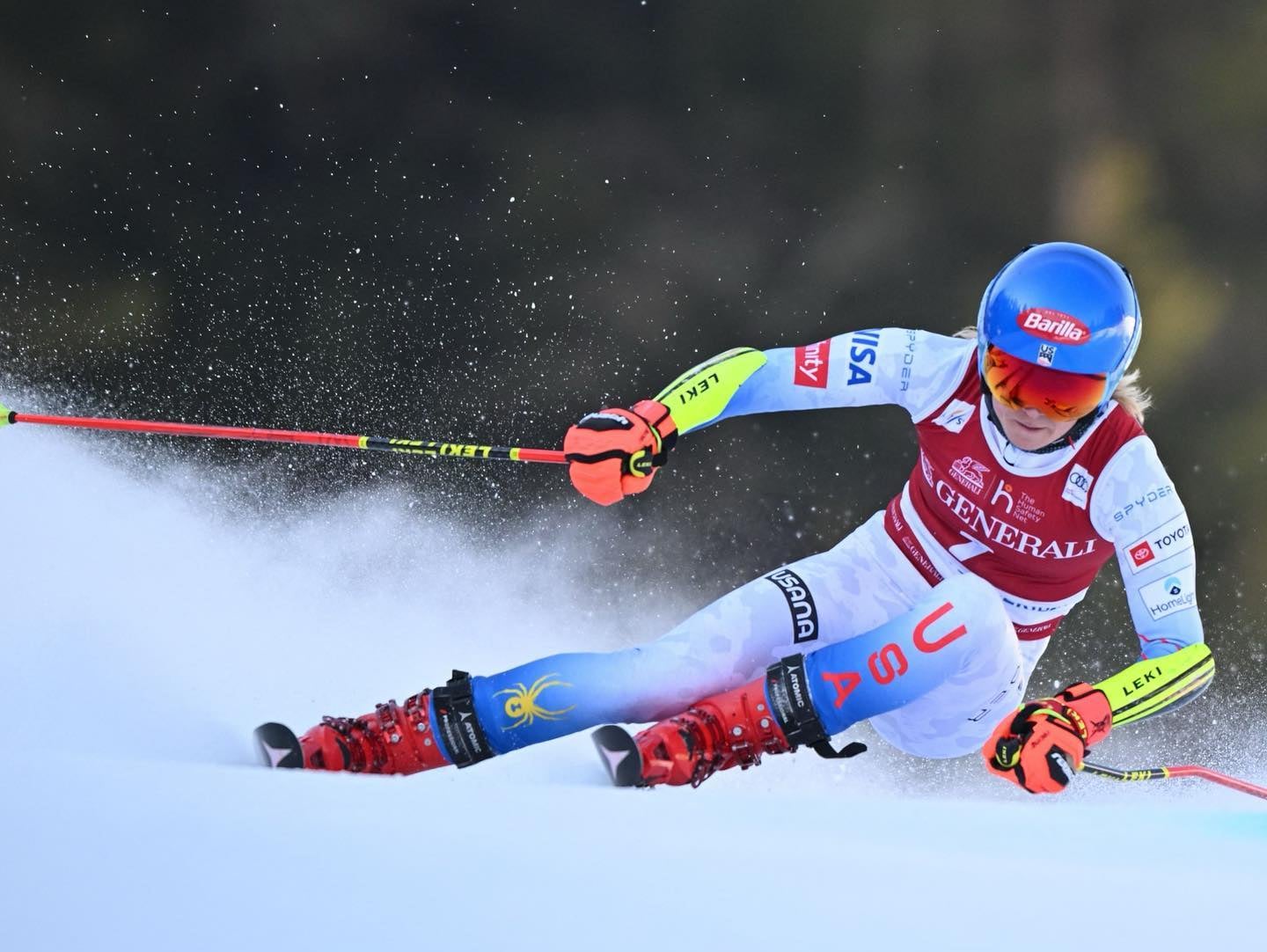 Mikaela Shiffrin en route to his 72nd World Cup win in the giant slalom in Courchevel in December 2021 Pic: Facebook

Pete is clearly glad to be back. “I grew up ski racing and came to Burke as an athlete racing here, and Sugar Loaf actually, I spent a lot of time racing there too” , he said.

“I worked as a ski coach in Alaska, Alyeska, starting in 2011 for six or seven years, and then there was a job opportunity here at the Academy. Burke reached out and it was a good opportunity for seasonal work and complemented the mountain bike scene quite well. Also in the shoulder seasons I could ride here, which was great.

“The tour from campus to the top takes about an hour, so you can take a tour before lunch or if you have a block in the day to squeeze through.

“I lived mostly in Alaska, but I did seasonal winter work here.” 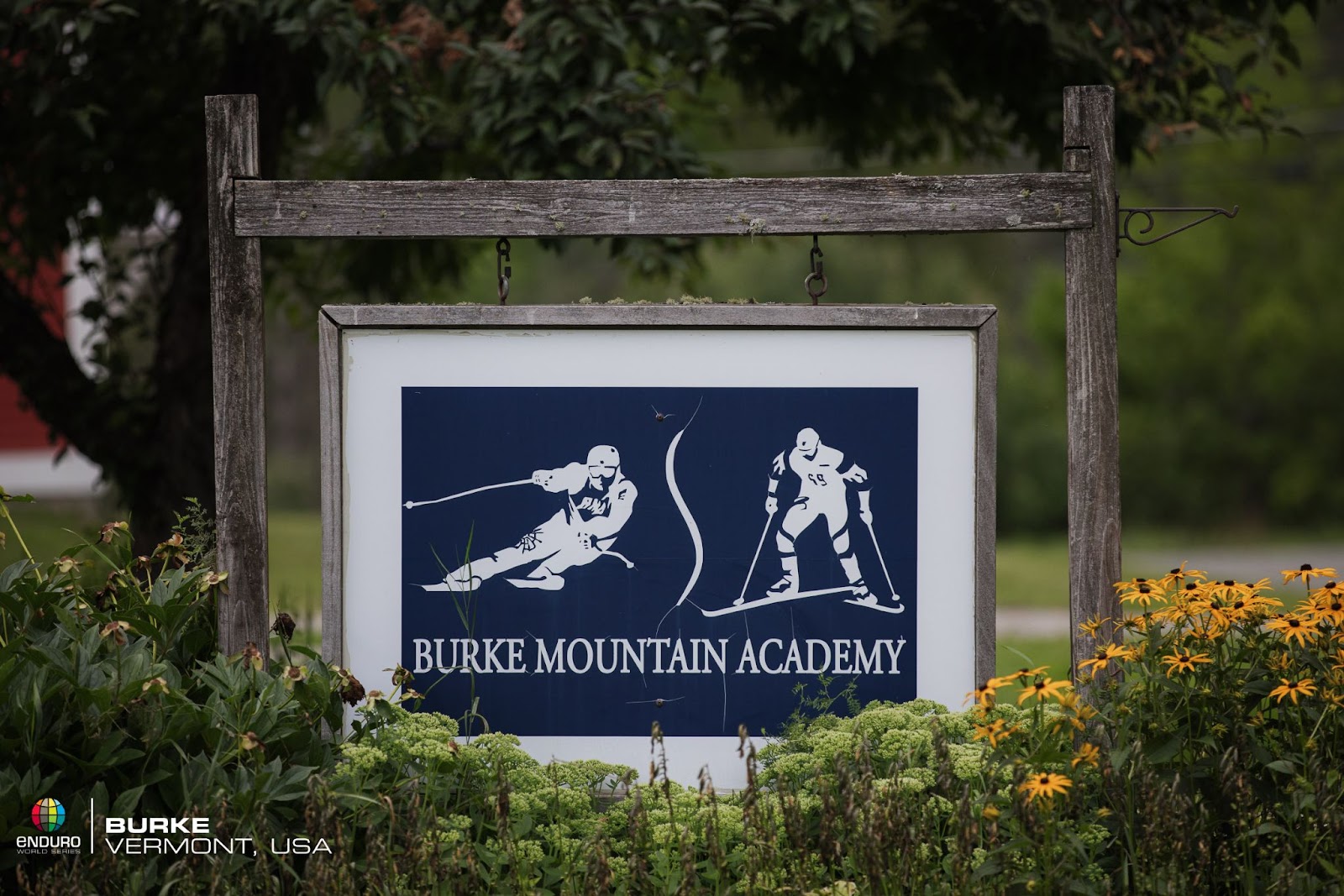 Burke Mountain Academy has a reputation for working hard with its students Pic: Dan Hearn

The Academy is known for its intense training schedule and hard work ethic, with students starting in the gymnasium at 6:30 a.m. and, on ski days, typically being on the lifts above the EWS Burke pits at 7 a.m. morning.

“The kids had classes in the afternoon and we used that time to plan trips and racing and athlete schedules, and then we had an evening practice after class,” he says. 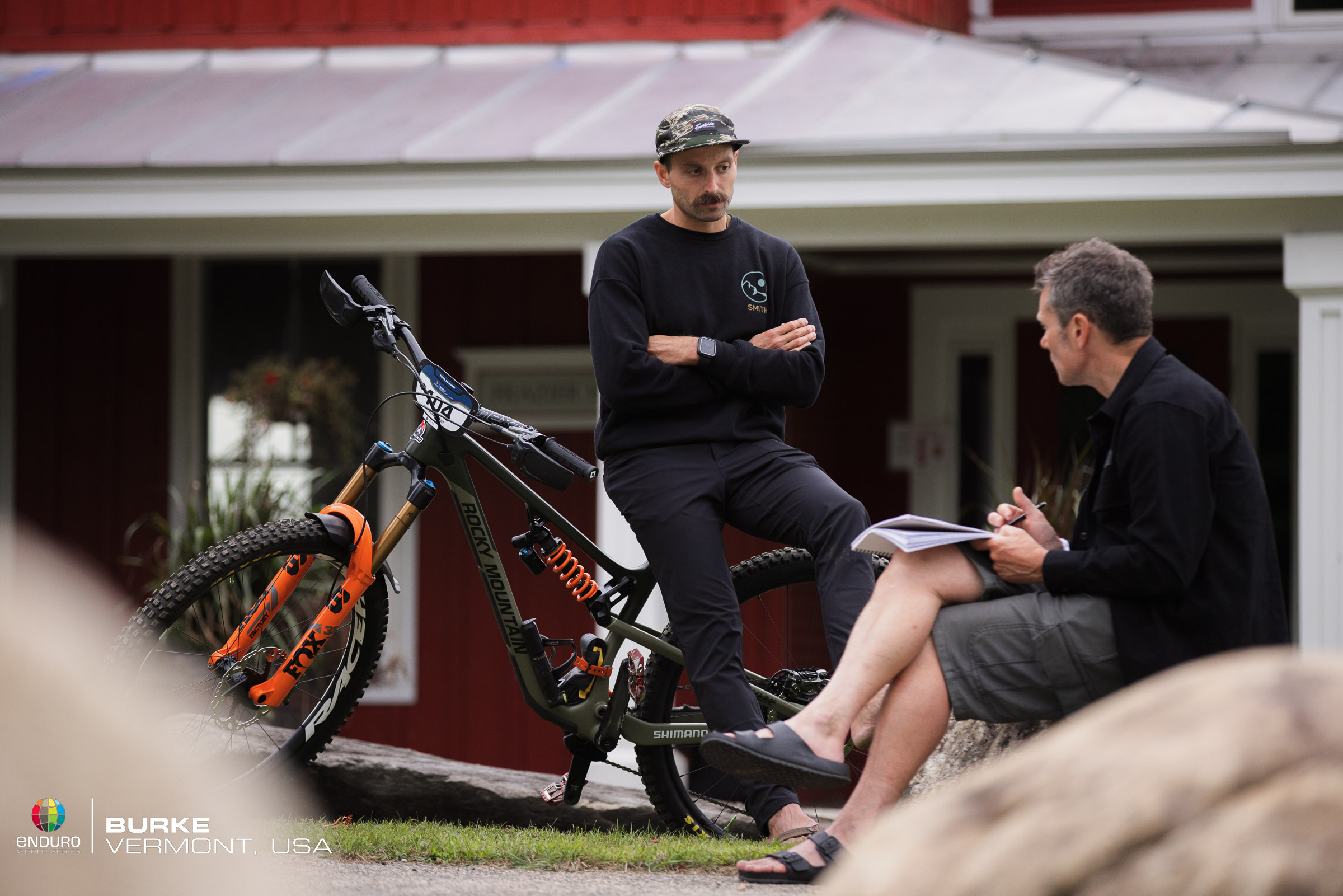 Pete is happy to be back in the famous Academy photo: Dan Hearn

“It’s a pretty busy day here. It’s fun, but you have to really get into it.

In addition to coaching on the BMA campus, Pete and the team have also taken their show on the road – working with the US National Team in the US and Europe. He explains, “Traveling overseas, we worked as one team under the United States umbrella.”

“We had arrived in Europe for summer glacier ski camps, Hintertux [Austria] Saas-Fee [Switzerland] and Zermatt, where we did the EWS.

Pete said that although he was unable to ride for five months, the winter ski coaching job left him fit enough for mountain bike racing.

“I was able to use the gym and the facilities here which are really beautiful,” he said.

“I would try to do ski touring if I could or Nordic skiing, but during the season you work a lot, you often stand on the slope. Alpine skiing, but often you only do a few races a day as a coach because you support athletes – which made cycling training difficult.

“I was able to stay in shape for a bit and then, in the early spring, I was able to take a few weeks of fitness and get back into it. Pretty lucky that way. 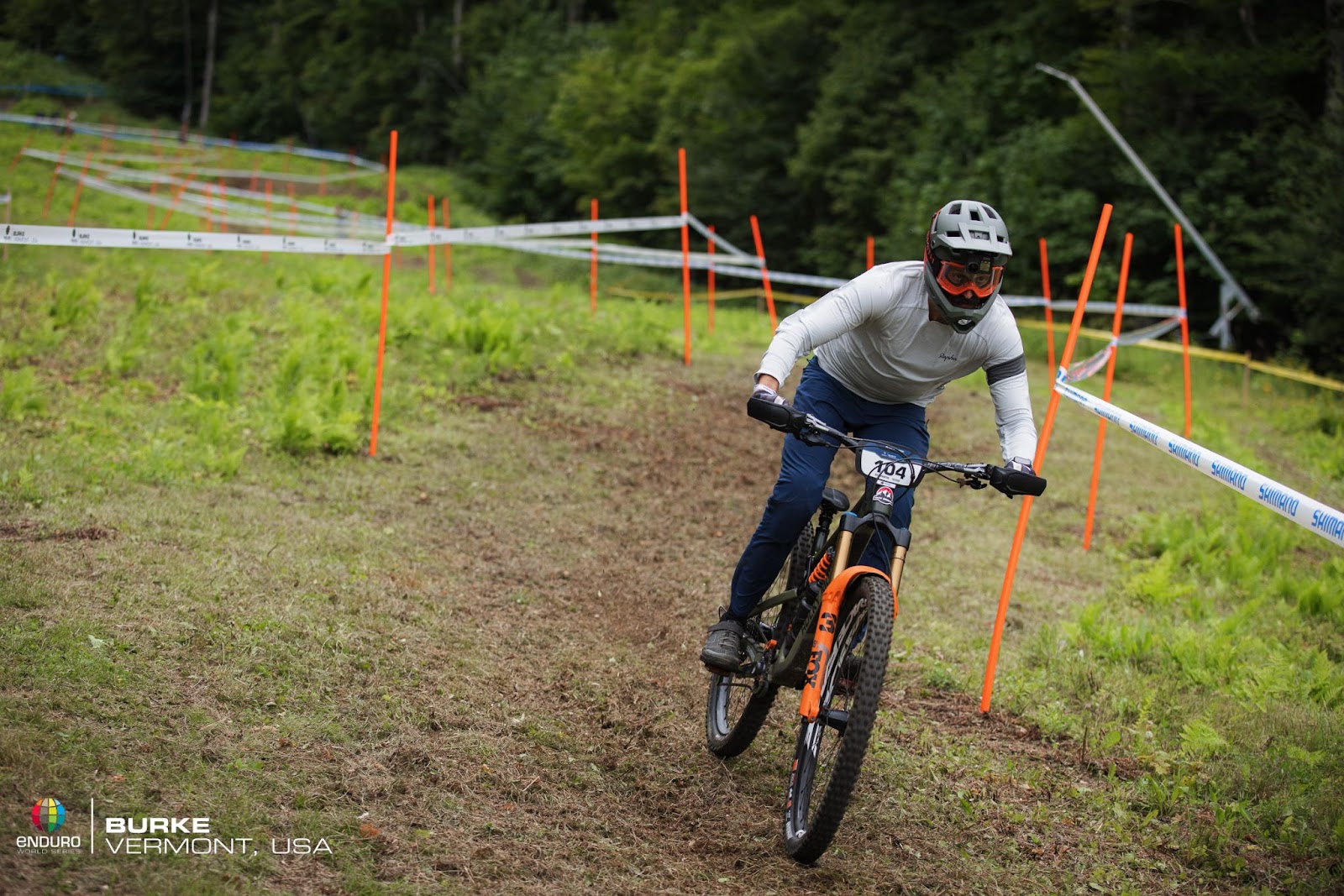 Pete, an environmental science graduate, is now in his second season as a heliski guide with Chugach Powder Guides (CPG) in Alaska after earning his qualifications. He calls it a “sweet retreat”

“We take clients skiing with a helicopter or snowcat from January to early May and it’s based in Girdwood,” he said.

“I’m still a pretty low level guide. I probably did about 30 days of heliskiing last winter and another 30/40 days of skiing and resort. It’s a lot of work but it’s a lot of fun.

“It’s a bit more of a high-stakes kind of pressure because you’re in charge of people in the backcountry, which is unpredictable. This compared to a controlled track where athletes race is different. It is also a changing environment more than ski racing. 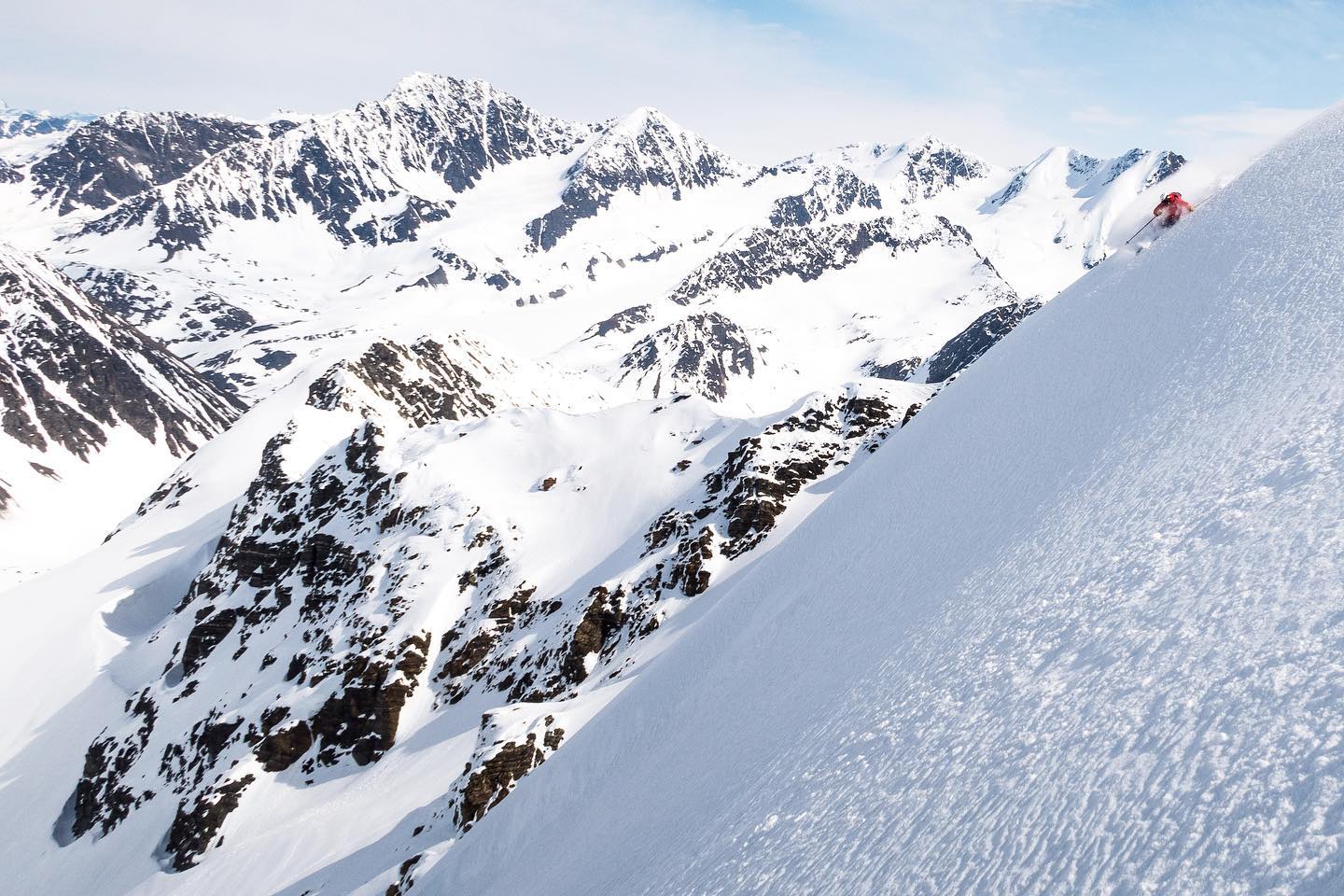 “The amount of land you see is spectacular. In Alaska you’re kind of tethered to the road system unless you have a plane and the helicopter allows us to access terrain you’d never really get to and that’s pretty special.

“I will continue with them and maybe try to pursue guiding opportunities in the southern hemisphere. I will stay involved in the mountain bike industry and a bit of racing in the summer.

Among Pete’s other “retirement” plans is the five-day Trans New England (TNE) enduro, which runs through three of the six New England states – Maine, New Hampshire and Vermont.

September will see the second official TNE. About 40 riders typically cover about 20-30 miles and 4,000-5,000 vertical feet per day, which includes four or five timed special stages each day.

“It’s kind of similar to the Stone King with riders camping out and the whole circus moving around every night,” he said. 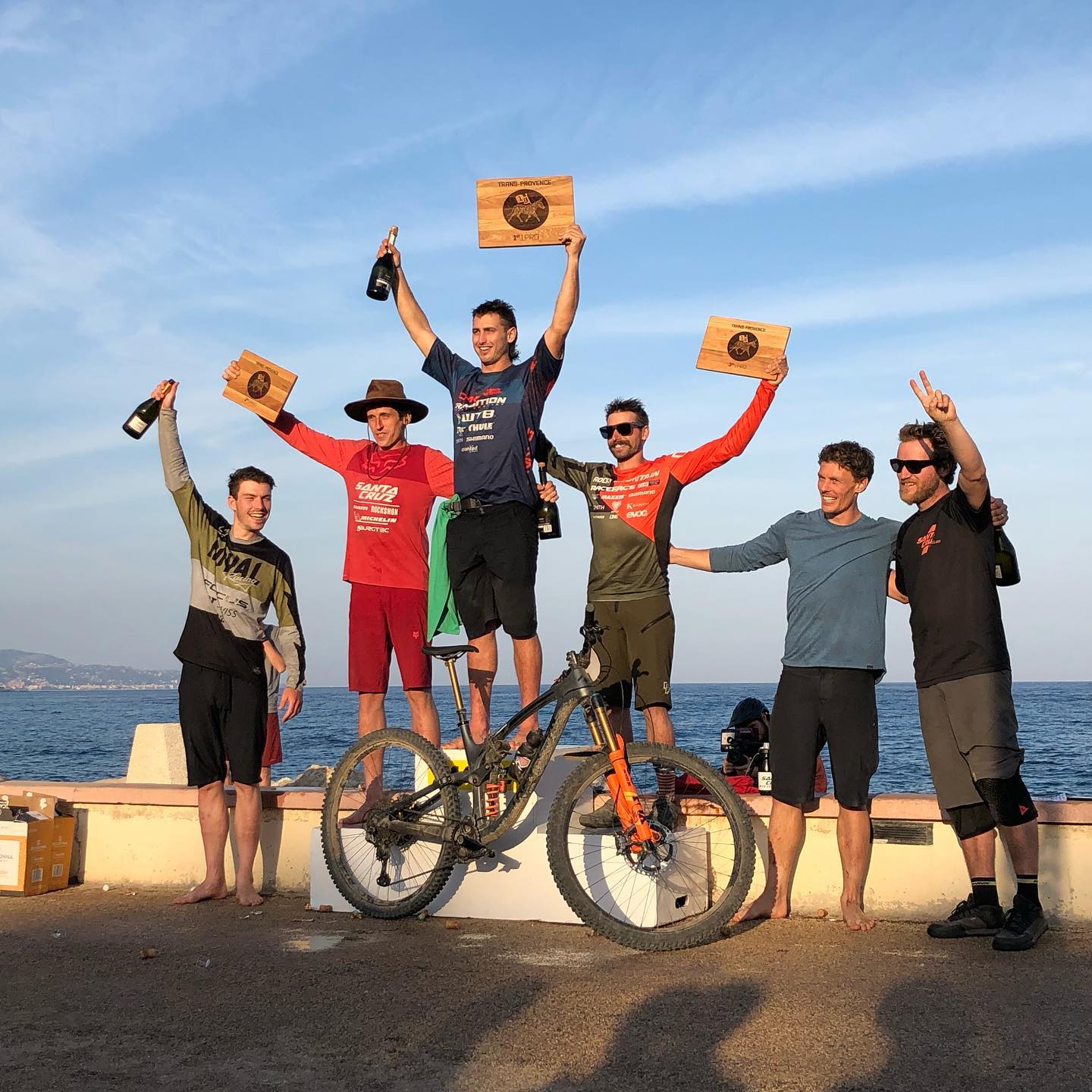 “The first year we did it was 2020, but it wasn’t official, hanging out with regional riders because we weren’t racing, so Richie [Rude] and fast-paced local Alex McAndrew, who lives here in Burke. It was kind of an invitation. Adam Craig did it and Tom Sampson. Alex is running this weekend.

“I took it over to make it official, which was a lot of work.

“For the past two years, we’ve had a day here at Burke. We did a similar route but did the Free Ride trail here which we don’t run. It’s a fun trail.

“This year’s is the last week of September and there are still a few places left.

Pete’s partner, Terin, will be watching him at Burke. The 38-year-old hospital doctor is an avid mountain biker and met Pete through friends while riding in Alaska.

Pete laughs at the idea that his local knowledge might give him an edge this weekend.

“Oh that’s a huge plus!” It’s not exactly home ground, but maybe as close as you can get. 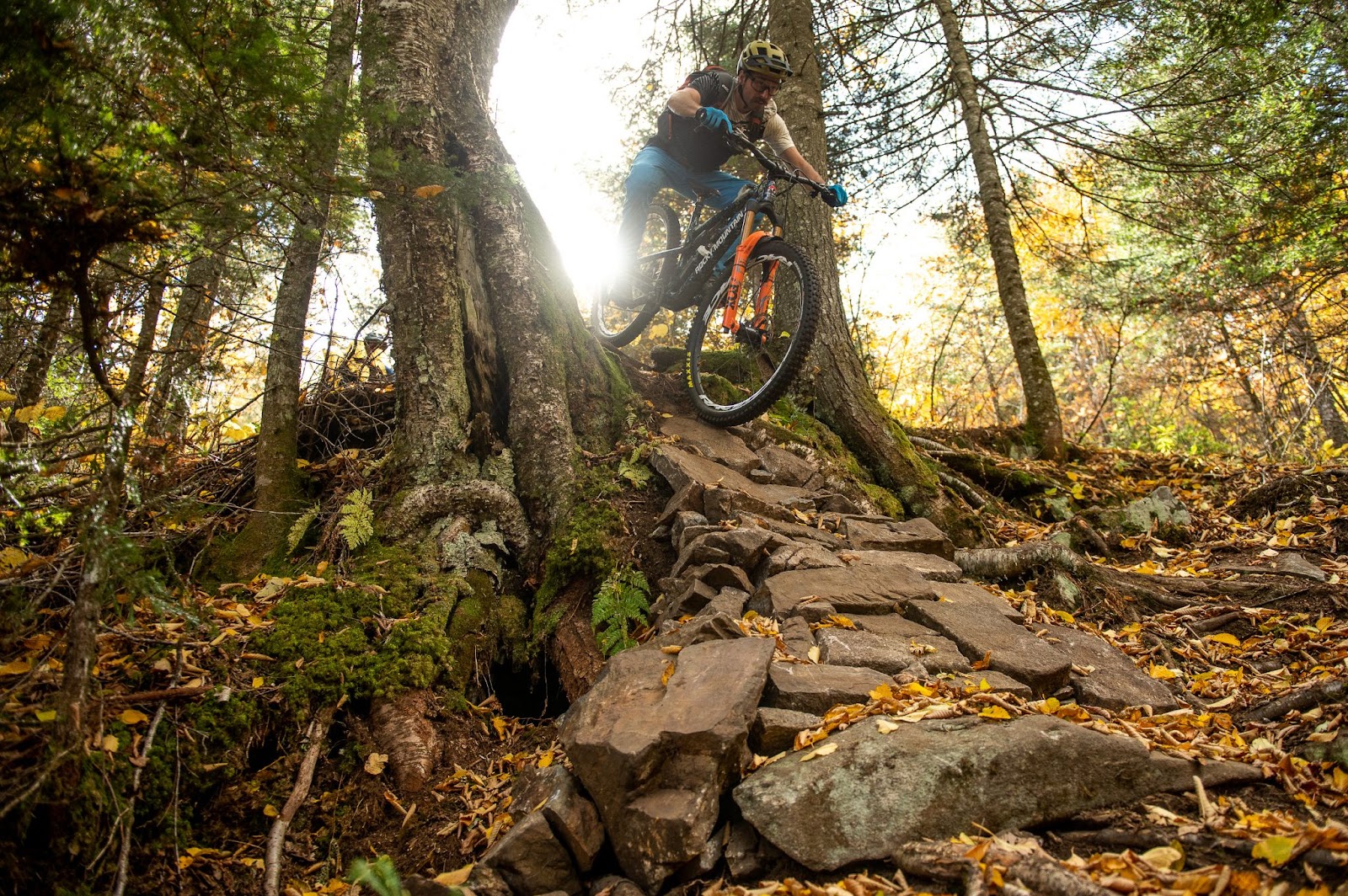 Pete riding at Burke’s during the fall Photo: Dave Trumpore